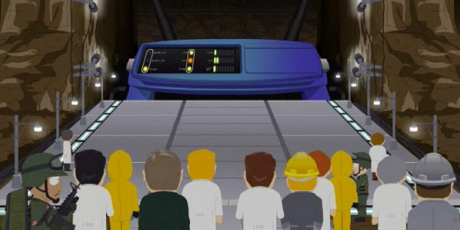 What to Do: Router Isn't Working After Reset

Doing the same thing over and over again and expecting different results. That's insanity and observing it is usually easy.

Let's take my friend as an example. He goes to the same three bars every weekend because "that's where the chicks are, dude." The strategy has yet to introduce him to the girl of his dreams, but every Friday he's ready to give it another shot.

From the outside perspective, it's easy to say he's acting insane. He should try something else, but when you're living the insanity, this is a difficult thing to realize. After all, we're taught to get back on the horse when we fall. Nobody tells us to consider getting a bike after we get bucked off.

I think you're getting the picture. Network problems drive us insane, too!

It doesn't have to be that way. There's more you can do to fix connection problems. I'm not telling you to stop rebooting things altogether that's still a good first step.

What I am telling you is to is be aware of network induced insanity, and try these tests next time you find yourself slipping into the loop.

Wireless networks are awesome, but the electromagnetic waves they rely on are more prone to interference than wired networks. Any device that emits a wireless signal can interfere with your connection. Common offenders include cordless phones, wireless speakers, microwaves, and Blu-Ray players.

Connect to your network through ethernet. (You know - the cable)

If the problem goes away after connecting through ethernet, there's a good chance something is interfering with your wireless.

It's possible for cords, modems, routers, and other network ingredients to fail and negatively affect network performance.

Systematically replace different network components. If you don't have extra hardware lying around, you probably have a friend who would love to loan you something to aid your effort.

If network performance gets better after you swap out a component, chances are whatever you replaced was broken.

Every network has a capacity. It's called bandwidth. When network usage exceeds available bandwidth, performance gets worse.

Experiment with different levels of network activity and see when the network gets worse.

Try to define network usage thresholds. For example, you can play a game on your computer and stream video on your Roku at the same time, but when a large file download is added to the mix the game lags, the video buffers, and the download is slow.

Stepping Up Your Game

If you try these tests next time you feel yourself slipping into the router reboot cycle, you'll successfully thwart insanity. Nice work. But, if you're serious about solving your network problem, this is only the tip of the iceberg.

I have not addressed two important ideas.

Don't worry. If you're ready to step up your troubleshooting game, PingPlotter has just the guide for you. It walks you through a scientific process for collecting network performance data and diagnosing problems. You'll even find more ideas about how to solve network problems even if they're caused by someone else's network, as well as what tools are best for showing who's really responsible.