Legacy | Tracing from a remote server

With PingPlotter Cloud, seeing a network from another computer's perspective is as simple as clicking a link. PingPlotter's software-based agents let you test hundreds of connections at once, saving you time and money.

Using a remote server as the source of the trace

PingPlotter is able to initiate trace requests from a remote agent on both Windows and UNIX based machines. The UNIX agent requires Perl, a web server, and the traceroute command. The Windows agent is fully self-contained (it has its own TCP server and GUI component) and does not require any additional software or server components. 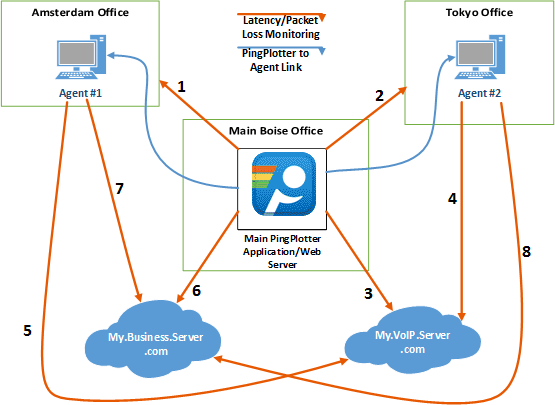 The PingPlotter remote agent for UNIX is a Perl or PHP script that uses the UNIX traceroute command to gather sample set(s) and pass the results to PingPlotter via a web server. Because of all the various flavors of UNIX that exist, and the possible differences when it comes to the output of the traceroute command, you may need to modify the script for your particular source machine. We've primarily tested under FreeBSD and Debian. Contact us if you have problems here. 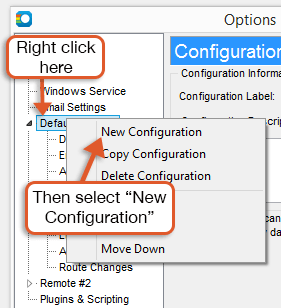 You can direct the remote agent to use TCP or UDP packet types by adding specific parameters to the agent URL.

Under Edit → Options, select the Engine configuration you created for your remote agent. In the URL field, where you specify your agent's IP and port, enter the following URL (be sure to replace yourserver:7465 with the IP and port for your specific agent):

Now, on the main PingPlotter screen, you'll see a "Settings" dropdown below the "Address to trace" field. Pick "via (servername) ..." there (or whatever you named your configuration). Enter your target, and then click on the Trace button.

Warning: Your tendency will be to pick a server very familiar to you, which, in a lot of cases, is going to be the same server you just set up the script on. If you do this, your trace will only be one hop long!

A remote agent adds additional complexity to any deployment, and PingPlotter's is no exception to this. In an attempt to keep things as simple as possible, and still satisfy our needs, we use existing technologies - web servers, HTTP, existing command-line tools (for UNIX, where good ones exist), etc.

The UNIX agent is much simpler (more primitive?). It's a Perl or PHP script that runs the traceroute command and shows the output on a web client. Because it uses an existing web server, all the settings need to be configured on that server including the server port and security.