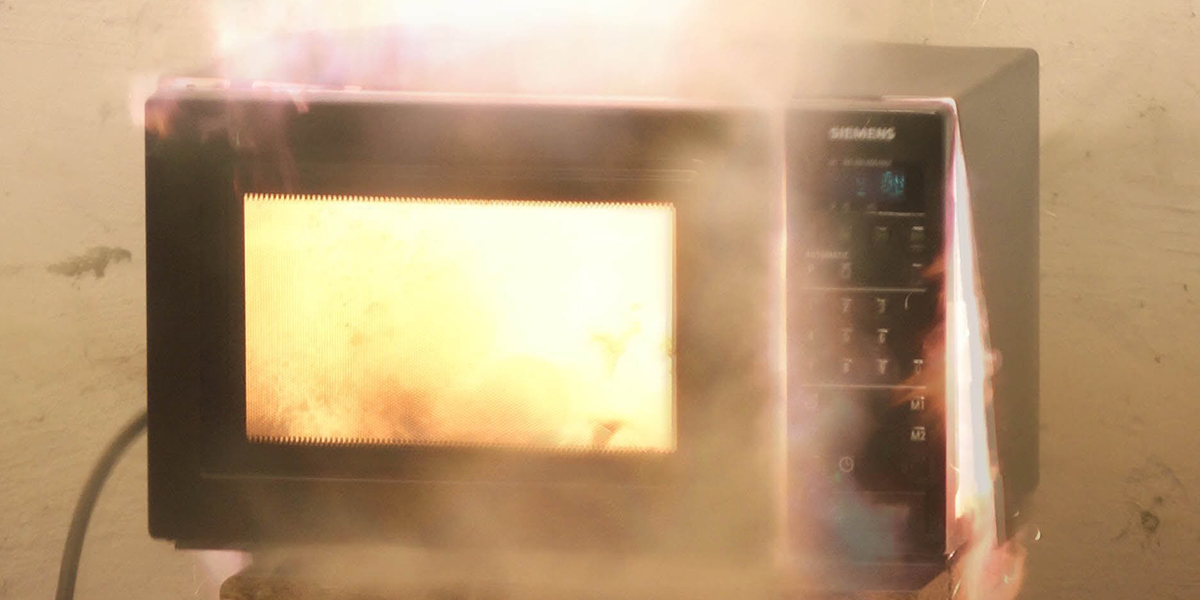 Reheating a Router: Is the Microwave Cooking Your WiFi Connection?

People say wireless signals and microwaves don't mix. We used PingPlotter to find out if it's true.

What would happen if I stuck my router in a microwave?

We’ve all wondered this, staring longingly at our wireless router and microwave, quietly shipping the relationship we KNOW would make sparks fly...

Just kidding. Nobody wants to microwave their router. But people are always concerned with what is causing interference with their WiFi, and the microwave is a prime candidate. It puts off waves. It’s made of metal. Wives’ tales would say that microwaves and WiFi do not go together.

But is that true?

We’re going to do the work to find out, and if it is, how we can measure the interference in PingPlotter.

As a baseline, we’re using PingPlotter to poll to our wireless router from 10 meters away, and nothing else. Reason being? The fewer variables we have (i.e. a big long route or an excessively long distance across the ocean), the better idea we have of what’s actually skewing our PingPlotter results. Plus, we’re only concerned with what’s going on with our router — not anything else — so we should just stick to the simplest plan.

Take a look at what happens when we poll just our router on the 2.4GHz band:

We’re sitting right below 4ms on average of latency, which is good! That is what we want to see. Pretty consistent pattern, too! (By the way, if you want to know what’s normal for latency, hit up this article)

Now, let’s check out what the router looks like on the 5GHz band:

Looks like we’re sitting marginally lower, with an average of 3.4ms of latency to the router. Not bad for a baseline!

Microwaves? Next to MY Router???

Now that we have our control results, let’s do some experimentation: sticking the router near the microwave at the same distance. Check out what happens when we just turn the microwave on right next to the wireless router on the 2.4GHz band:

Whoa! That doesn’t look the same at all! What’s with the yellow and red? Our packets are spiking past 800ms at times, which is a little more than the 5ms that we were used to pre-microwave. We’re sitting at an average of 74.6ms over a single minute — enough to take Netflix back to the good ol’ dial-up days. You’d be better off going back to 1998 and having them snail mail you a DVD.

Now that we’ve got some unsavory results, let’s take a look at the 5GHz band under the same conditions:

Hmm. Looks like we have a slight spike in there to about 150ms; that’ll definitely cause some rubber-banding in Rocket League. We’re sitting at 13.2ms of average latency, which isn’t terrible. However, that spike in there is definitely not what we want to see. All things considered, the 5GHz band is performing much better than the 2.4GHz band, but still not great.

What happened here, then? Why are we seeing worse results when the router is next to the microwave? The answer is pretty simple: the microwave is metal (which we’ll go over in a bit), and the microwave is using its own waves that aren’t compatible with the wireless router’s. The WiFi is trying to go through the metal, wave-offputting microwave, and it just can’t do it. If you want to find more about why microwaves are so mean to WiFi, check out this article for a more in-depth look.

Into the Microwave We Go!

Here in the PingPlotter labs, we like to channel our inner Mythbusters. What’s the next step? What can we play with a little more? What information can we show with PingPlotter that might be relevant?

Time to put the router in the microwave.

Not only will we look absolutely mad, but we can use this to show how metal has a poor effect on your network functionality when in close proximity to your wireless router. So, let’s do it! Here’s what it looked like when we tossed the router in the microwave and used the 2.4GHz band (the microwave was off, of course):

Here, we can see that not only are there a few latency spikes over 50ms, but there are some plain drops as well! The router simply couldn’t communicate with us, so it dropped our packets completely. As we always say: “Red is bad.”

Now, for the sake of parity, let’s see what it does to the 5GHz band:

It looks like there are still some spikes here, one over 20ms, one over 40ms, and one over 100ms. This is still not an ideal network situation; we like to see flat lines in the green across the board.

Metal acts as a conductor, and for signals like the ones your wireless access point puts out, conductors like metal are the worst enemy. Metal acts as an obstructor to your wireless signal, capturing, bending, and blocking the waves your access point is sending. So do the waves the microwave puts off if the WiFi actually goes through it. This makes it harder for the waves to get to you. It also makes it hard for your computer to actually receive and interpret those waves. If you want to find out more about the ins and outs of metal’s impact on a wireless signal, hit up this nifty article.