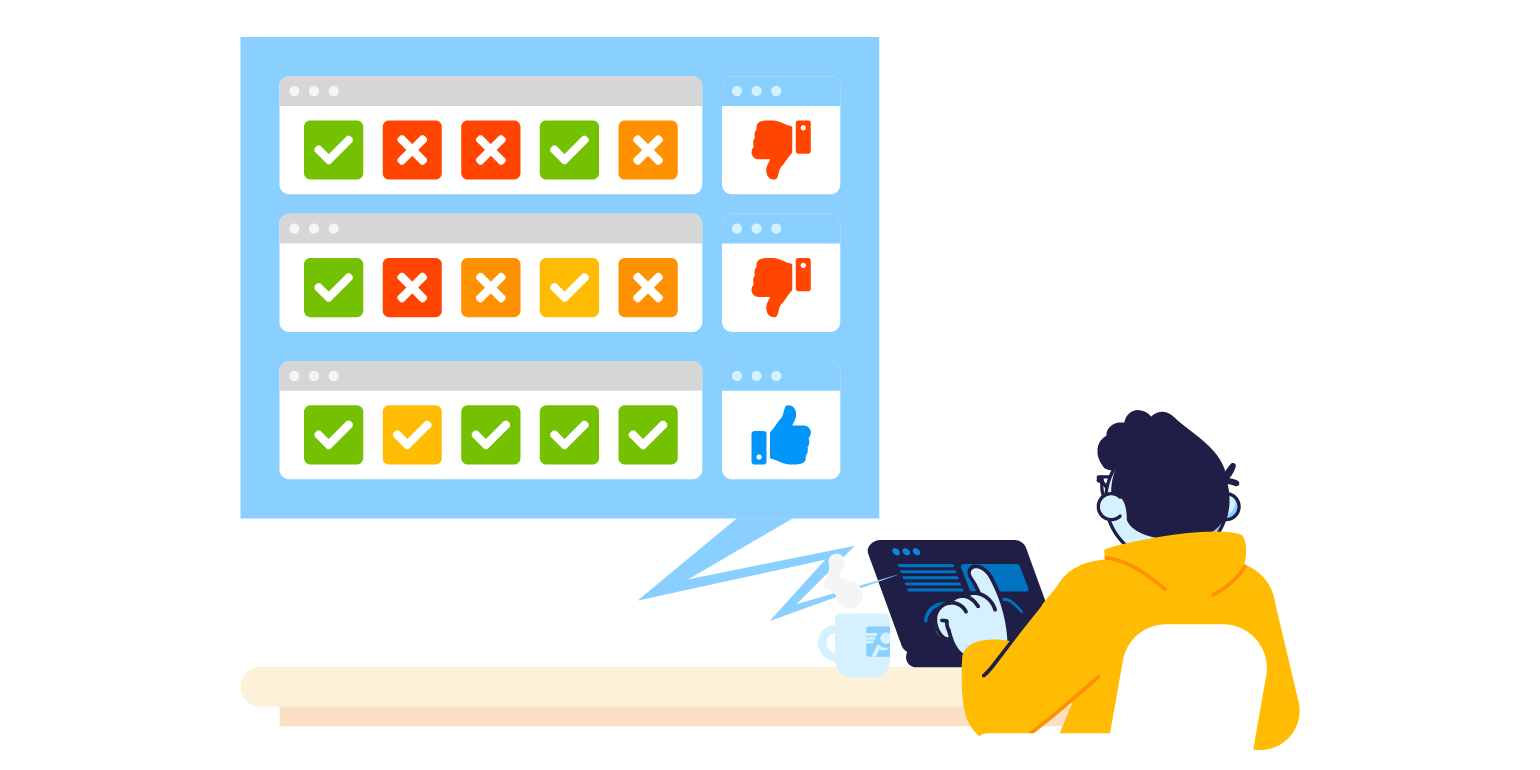 Ruby, a virtual receptionist company based in Portland, receives an astounding 40,000 calls every day. With 750 employees working remotely, Ruby’s IT team was finding challenges with the home internet connections of their remote receptionists.

“Most of our tickets are reps saying that ‘my calls aren’t coming through clearly,’” says Wendy Decker, the Desktop Support Manager for Ruby. “It would take us a week just to figure out what the problem is. Is it our network? Is it the rep’s ISP? Do we need to send them a new computer? A lot of going back and forth.”

With traceroutes going 24/7 during the pandemic, Ruby had to find a way to pinpoint connection problems for all of their remote receptionists from one central location. An IT team member suggested they try PingPlotter.

“Now we can actually go in and see, yes, there really is a problem,” says Chris Georgeson, Ruby Director of Technology. “We can tell when it started and when it's going to end. And that visibility is something we just didn't have before.”

PingPlotter constantly tests the connection from the end user’s perspective, so Ruby can find common issues — such as packet loss, high latency, and terrible jitter — fast. And they can zone in on the source of the problem — by state, city, even the neighborhood. “We had one incident where we could tell that two of our receptionists lived in the same exact house,” chuckles Decker. “PingPlotter was that accurate.”

Most internet connection issues happen at irregular intervals and are tough to catch. Because PingPlotter tests the connection every second rather than minutes like alternatives, it creates the granularity needed to identify any problem quickly. This is something that allows the Ruby IT team to be more proactive and, of course, more productive.

“Now we can be like, ya know, it's not on our end. We're 99% sure you're having issues with your internet provider,’” says Decker. “So we don't really have less incidents, but we can kind of resolve them faster or at least get them to where it's in the hands of the ISP.”

One of the PingPlotter features that Ruby loves and takes advantage of daily is LiveShare. It lets your IT team generate a current results page, add comments, and then send it to the people they support. “Showing and not telling was really, really attractive about PingPlotter,” says Georgeson. “Like those LiveShares are really, really great.”

One of the more time-consuming and costly tasks for Ruby IT is setting up the remote working space of a new hire — or what Ruby calls them, “nubys.” For instance, every receptionist has a different location, a different laptop, a different ISP — some with spotty WiFi at best.

Ruby uses PingPlotter to screen nuby internet connections while they are in training, reducing onboarding costs significantly. “We want to be able to monitor them at home to see if they are having problems before they start taking calls,” says Georgeson.

With PingPlotter, Ruby can now flag any ISP issues and take care of them before the nuby’s first day “live.” This is a positive and encouraging method to set the nuby up for success.

“We have all the data right in front of us,” says Georgeson. “I think PingPlotter has also brought a certain level of trust.”